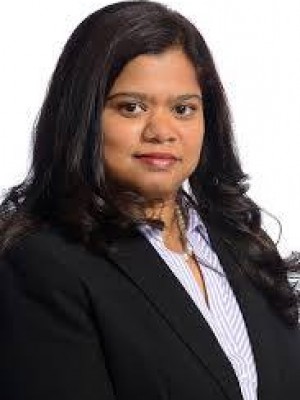 Ms. Fareeha Shareef is one of the most qualified and experienced women in the Maldivian financial sector. As a board director, she champions standards of good governance and best practice for boards.

Ms. Fareeha currently holds the position of Senior Partner and Executive Director at FJS Consulting Pvt Ltd. She has also been an Independent Consultant of Adam Smith International since 2012. Ms. Fareeha has completed 6 years as a Board Member of Maldives Pension Administration Office (MPAO) and 5 years as a Director on the Board of Directors of Housing Development Finance Corporation PLC, where she was the chairperson during her final year. Fareeha also served as the Chairperson of Bank of Maldives for two terms.

Ms Fareeha has professional experience in various fields such as auditing, accountancy, financial management and governance. In addition, she has vast experience in financial modeling, including banking, Micro Small and Medium Enterprises (MSME) and socioeconomic research in Maldives and in the international arena. 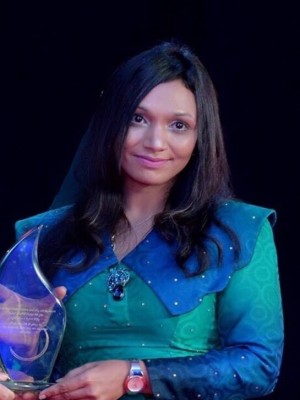 Ms. Ifham has unique accomplishments in the area of ASD in the Maldives and she is the recipient of many awards in recognition of her services, which includes the ‘Disability Award from the Ministry of Gender, and the the prestigious Rehendhi Award from the government of Maldives. Furthermore, Ms. Ifham has also received the International Award, “Princess Haya for special education” under the category “Outstanding Director General.” and MAA have also received National awards for outstanding performance under the able leadership of Ms. Ifham Hussain.

Ms. Ifham is indeed a valuable asset for the future growth of the MAA and her experiences are invaluable to the children with autism spectrum disorders as well as others who can benefit from her experience. She is one of the few experienced teachers working in the field in the Maldives, who has brought about a difference in people’s lives.

Ms. Ifham Hussain is the managing director at the Maldives Autism Association. She has been working in the education field since 1993 until present. In 2002, during her career as a supervisor in Ghiyasuddin school she met some children with special needs in which increased her desire to help them and make a difference in people’s lives. To be a great special education educator requires myriad of skills and different strategies to teach the most challenging kids. Hence, she continued her Bachelors in early childhood, followed by Masters in special education at the University of Southern Queensland.

Ms. Ifham being the managing director has given her valuable time and effort to improve the quality of therapy, create awareness, train teachers, advocate for the rights of children with ASD, prepare students for a smooth transition and empower students and teachers. She is also working to improve individual talents of children and is working closely with necessary government departments. Under supervision of Ms. Ifham as a Managing Director, MAA has expanded children’s enrolment and has started catering to more children with ASD.
By the end of 2015, MAA was in need of a larger space to accommodate the children in the long wait list.

Hence, in 2017 April MAA was able to open the Autism Center in Hulhumale’, which caters to more than 300 students and has started conducting classes to expand it’s services and providing necessary therapy for children with autism. In addition, new programs have been introduced to cater to children with learning difficulties and early reading programs for the beginners.

Ms. Ifham has further developed programs and conducts awareness in atolls in the Maldives to cater the vast number of children with autism. She volunteers to train teachers from Male’ and the Atolls so that they are able to cater and provide necessary help for children with special needs.

Currently, one of the most challenging prospects is finding sponsors for children who are coming from low-income families. Thus, Ms. Ifham tirelessly works to find sponsors for these children.

In addition, Ms Ifham works collaboratively with government bodies to improve the quality of education and participates in policy level forums.

In 2015, Ms. Ifham received the International Award, “Princess Haya for special education” under the category “Outstanding Director General.” Furthermore, MAA also received National awards for outstanding performance. In 2016, Ms Ifham received the Disability award, which was conducted by Ministry of Gender, and in 2017 she has received the Rehendhi Award.

Ms. Ifham achieved her General Certificate of Education in 1992. Further, she did her Diploma in teaching middle school Math and General Science at the Institute for Teacher Education conducted by Ministry of Education. Ifham Hussain continued her studies in Bachelor of Education Administration from Open University of Malaysia in 2009, where Ms. Ifham changed her mind to take a turn to the more challenging field so she could challenge herself every day in her life and made the decision to move to the field of Special Education. 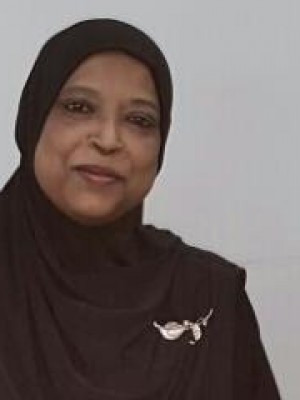 Ms.Fathimath Manike is the Islamic Banking Director of Bank of Maldives. She has previously served the Bank at Assistant General Manager level and has held responsibility for areas such as Development Banking, Human Resources and Operations.

She is an experienced professional with extensive hands-on expertise combined with over 35 years of experience in the Banking and Finance Industry, skilled in all management/administration roles and functions, including human resource management. She is proactive and innovative with in-depth knowledge of the Banking Industry and a pioneer in development banking in the Maldives with key strengths in portfolio of micro as well as small and medium enterprises.

Ms. Fathimath Manike is a member of the prestigious Rehendi Award Evaluation Committee since 2015 and she is also a member of the President’s Council on the Economic Empowerment of Women. She sits on the Award Committee of WOB and a recipient of the Leadership Award from Women on Boards. 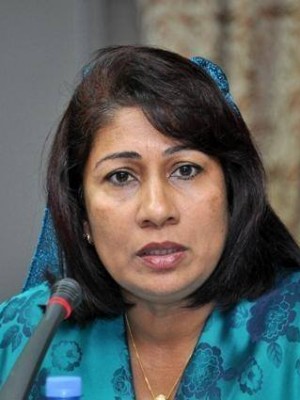 Dr Mariyam Shakeela, a doctoral Graduate from Curtin University in Western Australia has been serving in various fields for 38 years since she began her business journey in 1978 while she was still in school and trying her hand as a tutor, and an assistant tailor/embroider as a means to earn her own pocket money. Since her simple beginning, her journey took her through diverse fields ranging into teaching different disciplines at primary and tertiary level, from business, wholesale and retail, trading, design and interior, education, hospitality, real estate and medical fields; and extending both nationally and internationally, politically, socially, and through private and public sector and even as a highly respected Cabinet Minister in the Maldivian Government. As a Cabinet Minister she served as Minister of Environment and Energy, Acting Minister for Gender Family and Human Rights, Acting Minister for Foreign Affairs, Minister of Health and Gender and Minister of Health. She managed her portfolios most admirably and at the most challenging of times the country has seen standing up courageously to the world to defend her country. She also served as the Chairperson of the prestigious WHO Executive Board which is a voted position based on merit, and her performance as the chair at WHO is held at highest esteem.

Apart from her time in the government in two separate periods of her life; working in Health and Education sector around late 80’s and early 1990’s; and later as a Cabinet Minister; Dr Mariyam Shakeela has been working almost exclusively in private sector as owner/operator/shareholder proving her capability as a Business Woman of good standing.

Her perseverance and affinity for new challenges led her to become an entrepreneur in 1992, earning the respect of people around her. Among her many other roles, she is currently the CEO of SIMDI Group of Companies in Maldives which is one of the oldest and most diversified and influential Business Organizations in Maldives. As its CEO she has established businesses links in other countries such as Australia Malaysia and Dubai and actively run Businesses especially in real estate and investment in these countries. She also led SIMDI into developing the first luxury serviced apartments in Malé, introduced office automation systems, ventured into duty free trading in liquor and tobacco and introduced bonded warehousing in the Maldives. She was also one of the instrumental figures in lifting the image of Maldives tourism to the next level, having played an active and important role in designing and initially managing the Flagship property Kanuhura Beach and Spa resort; which later caught the attention of international 5/6 Star market and became the First One & Only hotel in the world; as One & Only Kanuhura; which was the first true five star Resort in the Maldives charging premium rates.

Dr Shakeela is also the Chairperson for International Medical and Diagnostic Centre (IMDC) which is the first and only private hospital in an island setting; Chairperson of Institute of Counseling and Psychotherapy (ICP); Dhives Institute; and also Chairperson to two NGO’s: Addu Women’s Association (AWA) Maldives Network to Empower Women (MNEW). She is also a member of CSAG, of UN WOMEN, MCO. As an academic, she has also several publications to her name. She is also Skilled in sewing, arts and craft as well as creative writing, and composing poetry both in English and Dhivehi. She is an accomplished poet/author whose books are already in publication both internationally and locally.

Her roles were often multitasking as a wife, a mother, a teacher, a student, a manager /leader/entrepreneur and a socially active figure; yet always managing them diligently without compromising quality. Under her different portfolios, Dr Shakeela has made a difference to the society and has proven the capability of women in multitasking and handling and leading reputable corporations. Her uncompromising work ethics and commitment has earned her immense respect of hundreds of employees and her associates both nationally and internationally.

She is indeed an inspiration to women who aspire to become a business leader and has proven that although life is a struggle, with perseverance and determination, women can become successful and yet achieve self-reliance and happiness.